Getting Started with Docker

It can’t be helped.  There’s just too much cool stuff out there and not enough time to spend dedicating myself to one piece of technology.  That being said, I fully intend on continuing the Chef posts, but Im going to be mixing in some docker posts as well.  Im hoping that there’s some cross-connect as well where we can talk about using docker in conjunction with Chef as well.

Docker is something that I haven’t seen before.  From what I have seen so far, it appears to be an incredibly easy way to containerize applications and software on a linux system.  The docker website summarizes docker as..

“An open platform for distributed applications for developers and sysadmins.”

That summarizes things nicely, but again, why is a network guy interested in this?  First off, I’m a little tired of VMware.  Don’t confuse me being tired with a general dislike of the product.  I’ve been using VMware for years and for the most part, it works well and provides the functions I need.  On the flip side, Im not convinced there’s anything particularly special about VMware. 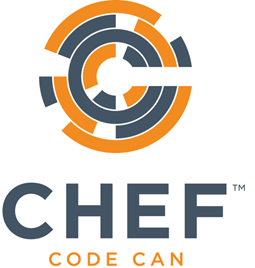 You might be asking yourself why a network engineer would be concerning himself with a product like Chef.  It’s a long story, but lets start by saying that my interest was first peaked when I heard that the new line of Cisco Nexus switches would have a integrated Chef client.  I’ve known about Chef and Puppet for a long time, but I’ve never really sat down and looked to see how they worked.  So rather than starting with Chef on Nexus, I thought it would be prudent to get some base experience with the application in a more ‘normal’ application.

So how does this fit into networking?  I think we can all agree that data center networking can change.  I’m carefully phrasing that statement by using the word ‘can’.  If you don’t know it already, I don’t buy the ‘SDN will change everything you do’ line of thinking.  In fact, I try as hard as I can not even to use the term SDN.  Why?  Because it’s far too vague of a term that can mean almost anything depending on you how you want to interpret it.  Beyond being a END_OF_DOCUMENT_TOKEN_TO_BE_REPLACED Continue reading