A New Year, A New Job and New Challenges

Well by the time I get around to clicking “Publish” on this post it will no longer be a secret, and you don’t know how hard its been for me not to talk about this in overly public forums.

As some of you may have heard, after five months of interviews and immigration paperwork, I have accepted a new role with Juniper Networks as a Sr Data Center* Technical Marketing Engineer. This role will see me move to the San Francisco Bay Area in the next week or so, and be based directly out of the Sunnyvale office for at least the next two years.

This new role is actually quite exciting to me (and a little bit scary) because it takes all of the knowledge and skills I have gained over the last 15 years as a consultant and then makes use them in a different way. Instead of building solutions to individual customer requirements, I will be working with the Solutions Team to help promote solutions that are universal and can scale with user need. I will be working on creating white papers, design guides and helping position Juniper Data Center their solutions.

On Python, Networks and the py-junos-eznc library

One of my recent forays into Increasing the Awesome has involved learning about NETCONF and the Python programming language. I was lucky enough to spend some time with Jeremy Schulman during my trip to Sunnyvale for the Juniper Ambassadors Summit, and he introduced me to the new py-junos-eznc Python library he has been working on. I had spent a little bit of time earlier in the year looking at the original Ruby library, and I was amazed at how much thought had been put into this new library – obviously Jeremy’s learned a lot on the way!

Let me make a couple of things clear right from the outset:

Well I just got my itinerary for my trip to Sunnyvale for the Juniper Ambassador’s Summit in October and my wife and I have decided to spend an extra couple of days either side to get out and see the sites. We will be arriving in San Francisco at 11am Sat 5th of October and flying out around 11pm on Friday 12th, and we are looking to fill our schedule!

This is my wife’s first trip to the US, and I know she wants to get out and about and see things (also probably while Im in conference too). I know her list includes seeing the Golden Gate Bridge and Alcatraz… oh… and… “The Full House House”.

Thankfully we have the company of two of my good friends who are locals – Ashton (from Juniper) and my old work mate Cooper Lees, and we are working out “what we should see”.

So what do you consider “must see” things in this area? Let me know in the comments and we will see what we can fit in.

Also, while we’re in town, I would love to catch up with any locals in the area for drinks/coffee/food etc so END_OF_DOCUMENT_TOKEN_TO_BE_REPLACED Continue reading

Software Defined Data Centres and the blending of cultures

As some of you may know, I have spent a fair amount of my time in the last few years designing and improving multi-tennant hosting environments. Each revision attempts to learn from the mistakes of the previous iterations, as well as bundle in new features and “advancements” from each of the different vendors in the stack.

New offerings on the storage fronts, developments in the server space in the form of the boom of virtualisation, and the simple existence of the network amongst the fact that none of these technologies changed the existing/fundamental laws of networking.

Software-Defined Networking has sprung up as a way of providing both advancements in our current architectures and providing agility in changes needed in the future, but what is truly needed is a true abstraction of the entire data centre model that encompassed all of compute, storage, security and networking. The ability to define all of the requirements of your existing data centre and have them deployed and rolled out across which ever stack you are using (Private / Public / Hybrid / Tomorrows Favourite buzz.), in a consistent and definable manner.

I dont doubt that vendors have a tight line to walk when it comes maintaining their brand integrity. To build up a skill set in the market the certification teams put in many weeks developing a program that is relevant, useful and achieves the goals required. Followed by countless hours reviewing each of the certifications regularly to ensure integrity. There is the added benefit that these certifications build of community of loyal followers – The Cisco and VMWare certification programs are evidence to this.

I personally have been involved in the development, technical review, and exam rewrite process and I can attest to the effort that the certifications teams go to to ensure the validity and integrity of their offerings. Weeding out sources of brain dumps and NDA violations and other activities that threaten this integrity work becomes an on going commitment that requires many hours of dedication.

On the other side of the line is the requirement to have the partners representing the vendor to maintain a level of skills and customer satisfaction. This ensures that when the brand is represented in the market that it will be delivered by the most skilled people capable of delivering the END_OF_DOCUMENT_TOKEN_TO_BE_REPLACED Continue reading

The Smartest Guy in the Room

There is one thing that anybody who has been in a room with me longer than 5 minutes can tell you – I am not a smart guy! I have lots of smart friends. I am not one of them. Sometimes I feel like I’ve done more stupid things, more often than I would like to admit, and its only that I have been stupid enough often enough that I have eventually learned “dont do that!“.

A couple of things have happened over the past few weeks that made me think about “The Smartest Guy in the Room”, and I thought I would share a few incomplete thoughts on the matter.

Back on June 18, Matthew Norwood (who I would nominate for the award of “Nicest man in Network Blogging and Puppeteering”) wrote this blog post about consulting. In this post he talks about how as a consultant sometimes you have to accept that you are not the smartest guy in the room. At first this may seem odd, especially because usually our customers are paying us lots of money because we are experts. Funnily enough, on consulting engagements my job is more “I END_OF_DOCUMENT_TOKEN_TO_BE_REPLACED Continue reading

On accents, colloquialisms and proprietary extensions

I may not be the most “travelled” person in the world, but over the past couple of years I have managed to find myself in several places across Asia, the Pacific Islands and also the US. One thing has always stood out – Speaking the same language is the hardest part of travelling! Now when I travel to parts of Asia and Im dealing either in hand gestures or with somebody trying their very best speak English (Their English is 1000x better than my Cantonese or my Khmer), and we both make allowances for the difficulty of not speaking the same language.

Sadly, when I travel to the United States and we both attempt to speak “English” nobody can ever seem to understand me. Sometimes its my accent, and other times its the colloquialisms I am using that do not translate effectively, and I am treated by blank stares on the other person trying their hardest not to say “Huh?”.

I’ve learned to deal with this by talking slower and thinking carefully about the words I use to ensure that they dont have some local significance. Anybody who has met me in person knows that I talk loudly, quickly END_OF_DOCUMENT_TOKEN_TO_BE_REPLACED Continue reading

I’m sitting at my desk right now (9pm Sydney time), waiting for my 3am change window that I need to be onsite at the data centre for. Now I am supposed to be working on a presentation I am giving on Friday entitled “Automation, Orchestration, and SDN”. I’ve been given about 20 minutes to cover these topics, so I’m spending quite a bit of time trying to get the right mix of content without geeking out too far for the intended audience (C-levels, project managers and lead engineers).

While trying to get the mix just right, my mind keeps going back to a comment I made last week on the “APAC Virtualization Roundtable” podcast (Episode 74 “SDN & Virtualisation from a Network Engineers perspective”)…

“Increase the awesome, remove the mundane!”

While initially sounding facetious, this comment is kind of where my brain has been going of late when trying to work out where I should focus my energies. While I’m thinking of ways to apply this idea to many aspects of my life, I would like to present them in the context of the presentation I am about to give (and the same context to which END_OF_DOCUMENT_TOKEN_TO_BE_REPLACED Continue reading

Finally… it was bound to happen. My three year journey is complete.

It was about this time last year that I posted about my second JNCIE-ENT lab attempt, and sadly it didn’t go the way I wanted it to!  Due to work commitments I was not going to be prepared to sit the 2012 Q3 round of lab offerings, so I resolved to sit the December / January round.

I picked up my studies again and worked on my weak areas noted during my first two attempts. I paid particular attention to areas of multicast and switch security as these two topics were areas of weakness for me last time. I was lucky enough to work on a project at the end of last year that included nearly 1000 ports of 802.1x with dynamic VLAN allocation, so that proved to be an excellent “lab environment” for me.

After a need to reschedule for March, as the January exams were cancelled in Sydney, I knew I was going to do everything in my control to pass this time around. I didn’t want to face the thought of making attempt #4!

The VAR-y good upsides to being a consultant!

Earlier today Ethan Banks wrote a really good blog posts about “Thoughts on Working as a Consultant for a VAR“. I found his point of view quite interesting and I will say I can understand his points. I can also say that I would rather be a consultant than a full time engineer at a customer site. As a little bit of background I have spent most of my career working as a consultant. I did do a two year stint as network operations manager for a wireless ISP which itself was quite fast paced, but other than that Ive work as a consultant in one form or another. 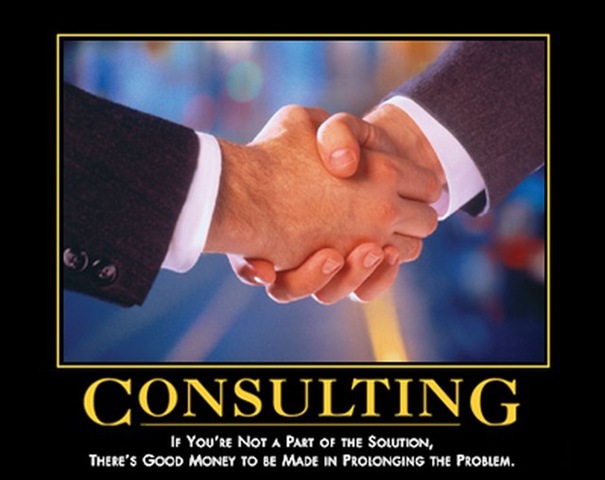 Maybe I have ADD, maybe I just need to focus, but I have found that constantly having different projects going allows me to satisfy these tendencies. I feel I work better with more than one thing to occupy my time. I see friends who work for enterprise customers who spend their days submitting change requests that third party support companies fulfil, or spend months writing detailed design guides for projects that inevitably get canceled and all that time is spent without getting to touch the things they got into this END_OF_DOCUMENT_TOKEN_TO_BE_REPLACED Continue reading